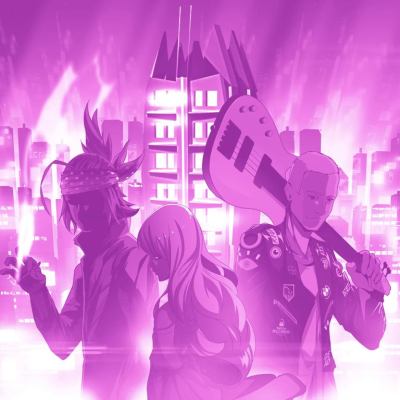 2017was a stellar year for “BASSGOD” Brady Watt.  He traveled the world

(the first such ever performance by a DJ), announced his signing to

Premier’s TTT (To The Top) imprint and premiered new music with XXL,

diverse group of artists as well; including Jay Electronica, G-Eazy, 2

BradyWatt also had a phenomenal 2018 and his arrow keeps pointing up. He

artists such as Daddy Kev, Flying Lotus and many others), Brady was also

which reached #1 on the iTunes Hip-Hop Chart.  Brady capped off his

2018 by performing with Talib Kweli on Jimmy Fallon and joining Dr. Dre

in the studio working on new music.

Teflon Sega (who is an anonymous artist) is a new and emerging artist from Cleveland, OH, who recently released his debut LP, Velvet Pill,which showcases his mix of ethereal R&B and Hip-hop; and Elevator

Magazine stated that “Teflon Sega” is a star!  Teflon was also recently

included on Soundcloud’s “Artists To Watch” for 2019 Playlist and his first single “Beretta Lake” accumulated over 9 million plays on Spotify hitting the Top 10 Spotify US viral chart.

now available on all streaming platforms and was exclusively premiered

by This Song Is Sick.  With “BRXKEN” both artists flaunt a blended

listeners will undeniably gravitate too.

together in the future” Brady Watt stated to TSIS.  “BRXKEN” is an

example of that high-end musicianship and is about two individuals

finding solace in each other’s flaws, reminding one another its ok for

things not to be perfect.”

Similarly, Teflon Sega muses to TSIS “Ithink all too often people are searching for some kind of utopian,

that. People are turning to the matrix, computers, to find comfort and

love because they don’t want the baggage that comes with other humans,

and they don’t want to expose their baggage to someone else.  I

want the listener to find peace in this song, knowing that they can

love and be loved without being some perfect version of themselves.

There is realness and beauty in the imperfection. and although love is

perfect, we love imperfectly. We are broken; together.”

“BRXKEN” Fanlink: here
Check out the This Song Is Sick Premiere: here